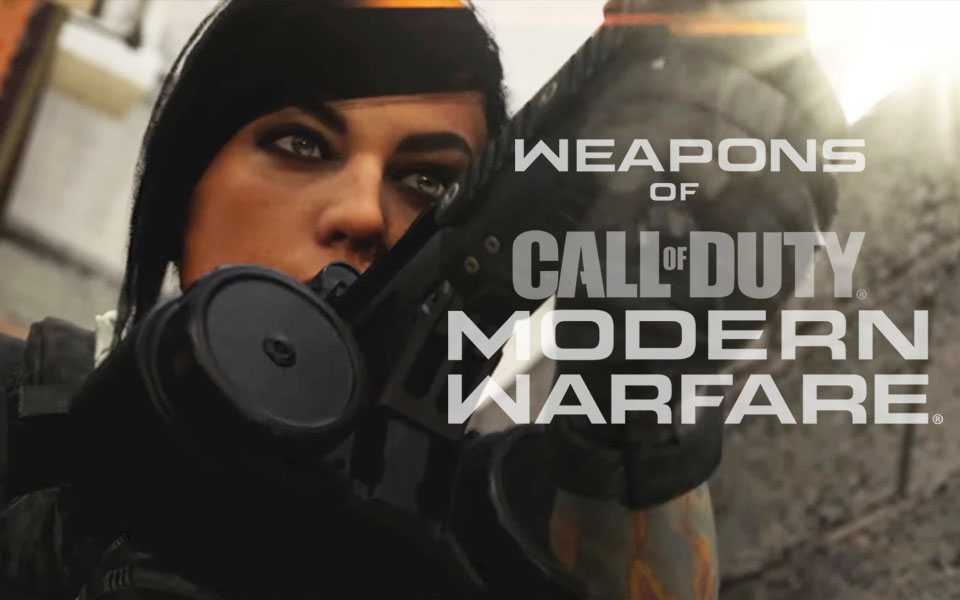 As we continue our coverage of the Call of Duty: Modern Warfare line of firearms, we come to the Light Machine Guns (LMGs) in the series. Light machine guns have always meant to be the support weapons in infantry squads to lay down suppression fire at various enemy personnel. In Call of Duty, laying down suppression fire for teammates is not really a thing. Light machine guns in Modern Warfare really just provide the player a means to a firearm with a high ammo capacity to reduce reloads and usually providing a means to hit your target at a longer range than you would with a smaller weapon.

With Season 5 of Call of Duty: Modern Warfare now in action, the Warzone action has picked up and changed many aspects of the game to keep players engaged. It’s good to have a longer ranged weapon in Warzone so you can pick off targets more effectively down range so you don’t get picked off yourself from camping snipers. Check out the Light machine Guns in the Call of Duty: Modern Warfare line and so you know what works and learn the origins of these guns.

The real gun name of the PKM is the PKM. Modern Warfare kept the actual name. The PK is a Russian light machine gun which was created in the early 1960s by the same person who made the AK-47 – Mikhail Kalashnikov. The PKM is a modified version of the PK which features some updates from the original PK.

The PK design and functionality is very similar to the AK-47. The PKM is an upgraded version of the PK which includes a weight reduction, an easier mode of operation, and simpler production changes. The PKM is chambered in the standard high-powered Russian 7.62x54mmR for longer ranged engagements and stopping power. Just as the AK-47 is reliable, so is the PKM. It is still used around the world in various militaries. 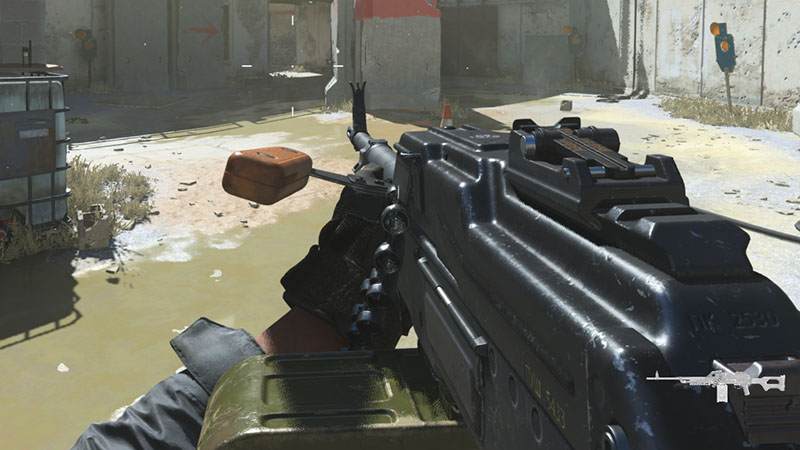 This light machine gun is too good. If you are a slow player, this gun is a godsend – especially on a big map. You put the right attachments on it and it turns into a powerhouse that keeps recoil and while maintaining accuracy on full-auto. I’ve killed numerous snipers with this thing. The only thing about the PKM is how bulky it is. Mobility is non-existent. It’s meant to be a support weapon. Treat it as such.

Garand Thumb really breaks down the PKM and goes into plenty of detail on every part of the PKM and what makes it work. He also does quite of bit of shooting with it so if you are dying to see it in action, check out the whole video to get your fill of the PKM.

The L85 is chambered in 5.56x45mm NATO as all the other NATO standard assault rifles are. This rifle was designed for use by the British military. The L85A1 received a lot of hate and many things were upgraded in the L85A2 version. Some are still not happy and recently the L85A3 was produced which fixes most of the problems the majority of soldiers had issues with. The word is still out on how well the latest version of the L85 is preforming on the battlefield. 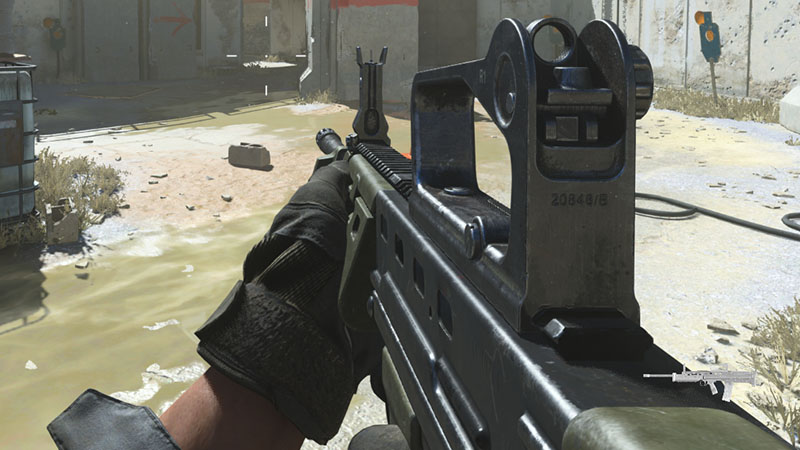 This has to be one of the worst guns in the game. It doesn’t know what it wants to be. Is it an LMG or is it an Assault Rifle? The fire rate is slow compared to other LMGs and Assault rifles. This gun only comes alive AFTER you get the attachments and by then, you don’t want to use it anymore. The only way I use this gun is when I masking an LMG as an AR.

Check out this footage of British soldiers training with their L85A2s. Members of the British Armed Forces, assigned to local units, zero the weapon during the L85A2 rifle calibration at the Training Support Center Benelux 25 meter indoor range, in Chièvres Air Base, Belgium. 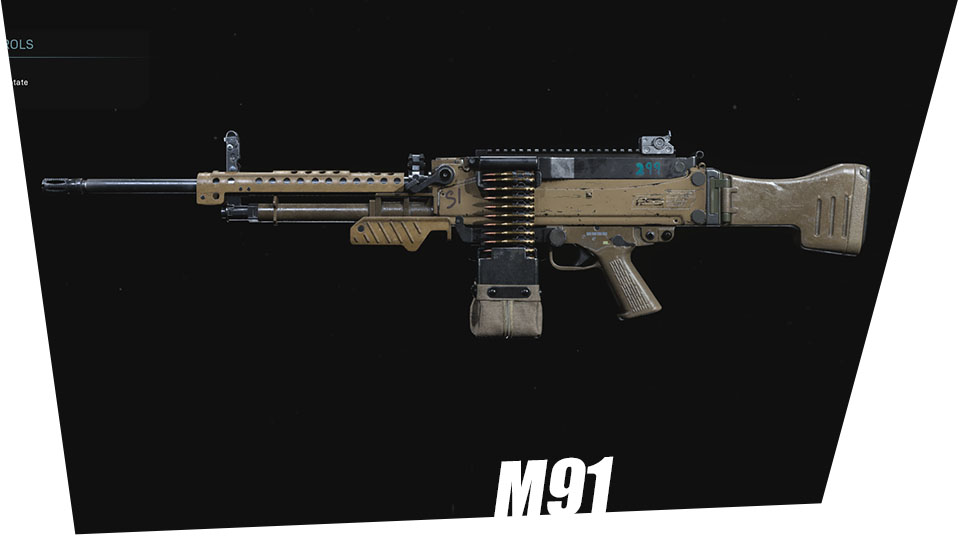 The real name of the M91 is the HK MG5. This belt fed light machine gun is a relatively newer light machine gun compared to all the others on the list. It was designed to go directly in competition with the US M240 and to replace the aging MG3 for German units.

The HK MG5 is chambered in the NATO high-powered 7.62x51mm round. It’s rate of fire is generally pretty high for a light machine gun of this caliber. Even with the rate of fire high, the MG5 still maintains a high accuracy at full auto. We will be seeing the MG5 around for a good while. 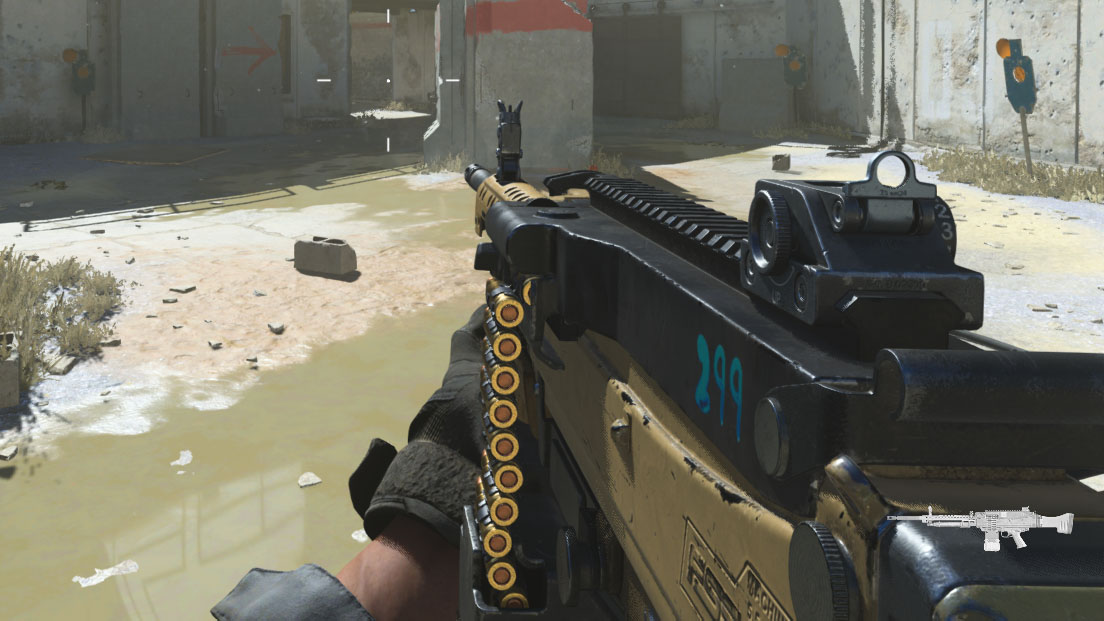 Take the PKM and add more mobility to it and you got the M91. This was my go-to gun in Spec Ops because it hit very hard using the 7.62mm round. I could basically take one to two shots on a target for a kill. Plus, the 100 box magazine made it easy to conserve ammo and avoid reloading.

Watch these guys fire the HK MG5 in short bursts to get a feel for how the gun would fire in a real world setting. You can tell that it is a fast shooter as it puts rounds down range with minimal recoil. 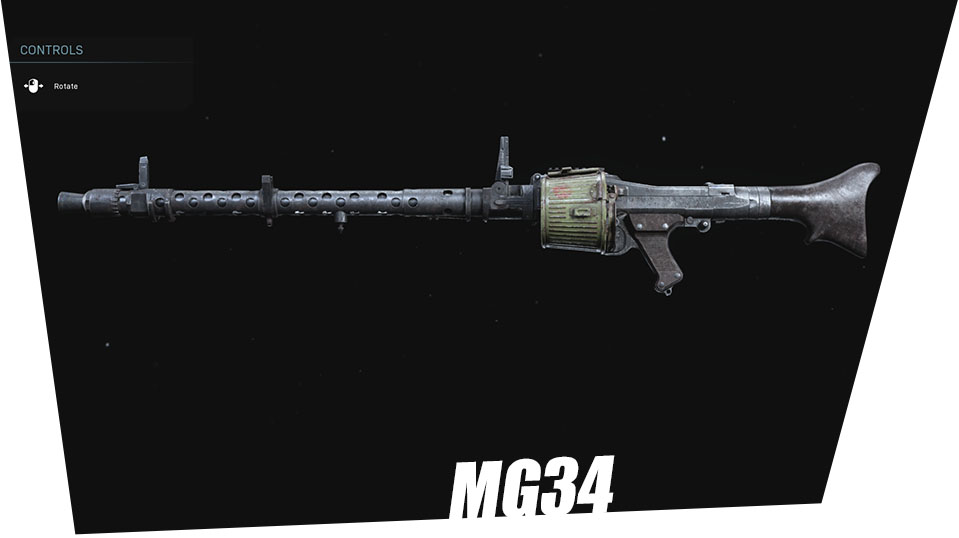 The real name of the MG34 is the MG34. Modern warfare kept the real name. The MG34 is was designed in Germany prior to the second world war where it made a name for itself. It is also deemed the first real general purpose machine gun.

The MG34 is known for it’s really high fire rate firing from 900-1200 rounds a minute. This gun is devastating in a hunkered down prone position where recoil can be minimized. Updated versions of this gun include the MG42 and after that the MG3 which is still in service today. 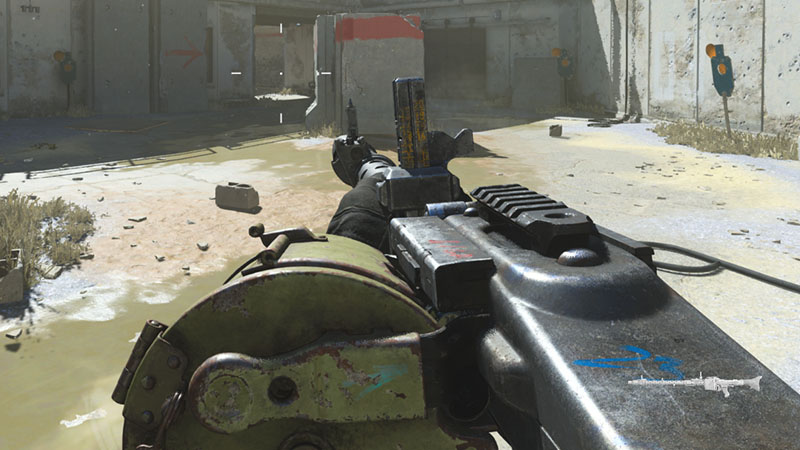 Sure the MG34 shoots fast. The problem is recoil. You can shots off down range very easy but if you are not using a bi-pod or prone, you’ll be lucky to hit your target at a longer range. So if you are on a longer ranged map to go prone or right up close so you can’t miss, the MG34 will be your choice.

Ian from Forgotten Weapons presents the MG34 and the successor the MG42. He gives an overview and some history of each while shooting in-between. You also get surrounding gunfire on the range which is amusing.  Enjoy the history lesson and the action with a good WWII throwback. 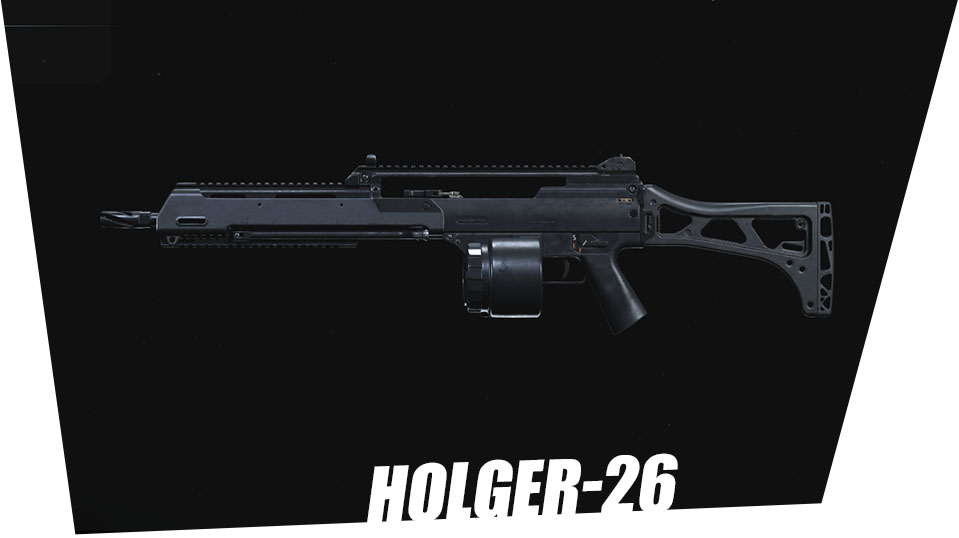 The real name of the Holger-26 is the HK MG36. The MG36 is basically a version of the HK G36 assault rifle designed to handle a higher capacity and rate of fire. The HK MG36 is actually an unsuccessful weapon due to the fact that it didn’t perform much better than a regular G36 with a drum magazine and better barrel.

The original HK G36 was developed in the 1990s and is chambered in 5.56x45mm. It was designed to replace the aging HK G3 battle rifle to support standard NATO assault ammo (5.56x45mm) to compete with other rifles of the same genre. The HK G36 has been expanded to support many different roles throughout its history. It is still used by German forces as they are looking for a replacement.

Not only my most used of the Light Machine Guns, it’s my most used gun in Modern Warfare. It covers every aspect of the game – close quarters, medium and long range are all covered. The right attachments can make this gun into anything you want. You can even convert it into multiple versions of the HK G36 if wanted. They made it even more powerful after the upgrade. I have nothing bad to say about it.

Larry Vickers actually has the MG36 version and gives a good overview on the ins and outs of the MG36 and how it compares to the original G36 to support higher sustainable fire. The slow-mo fire really is a great video feature.

The real gun name of the Bruen MK9 is the M249 SAW. The US M249 SAW is the official Squad Automatic Weapon of the US military and is used by most machine gunners in US Infantry units. It was made by Fabrique Nationale in the late 1970s based off their model the FN Minimi Light Machine Gun.

The M249 is belt fed and chambered in standard 5.56x45mm NATO to be compatible with other NATO rifles on the battlefield. One of the best features about the M249 is that it takes STANAG magazines as the M16 does. This way machine gunners can use spare magazines as backup if belt-fed ammo runs dry. 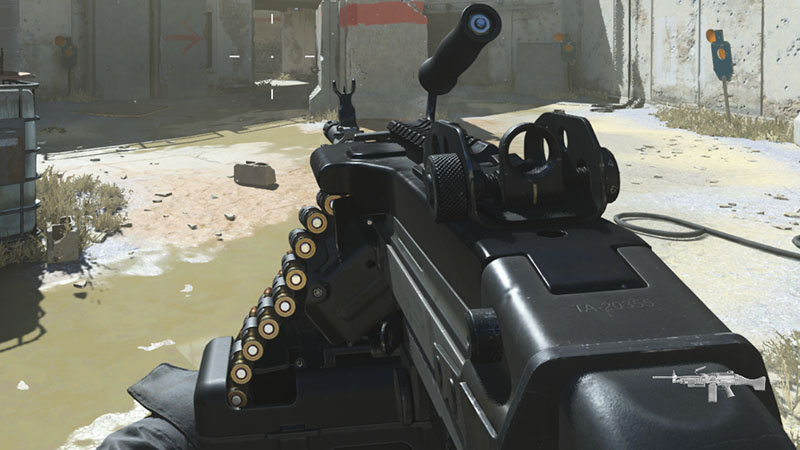 This has to be my new favorite LMG. A real hassle to unlock but really good in most scenarios. Change the box belt-fed ammo for a high capacity magazine and you are set for carnage in any mid to long range engagement. Great in Warzone.

The guys are cool. I love their approach on the M249. Just go in there and show the people what they what to see – the M249 in full-auto. Then have the viewer try to experience the awesomeness in first person as the camera guy takes the M249 for the spin himself. Check it out. Cool quick video.

Call of Duty: Modern Warfare is in its last season. As Warzone endures, so does the fun. As reports have indicated they will be keeping Warzone out as long as necessary well into the next Call of Duty title gets released. We’ll cover these gun as well.

There are not many Light Machine Guns in the Modern Warfare line up but there are still many other guns to cover. We’ll be back to cover the rest of them including Pistols, Marksmanship and Sniper Rifles. We might even throw in the Launchers as well so stay tuned. If you want to see our previous posts about the Assault Rifles and Submachine Guns, feel free to check those out as well. 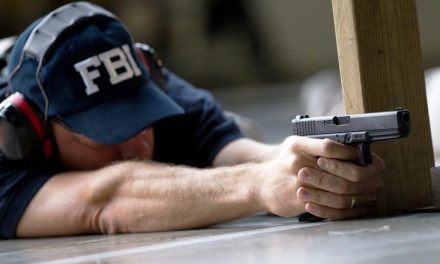 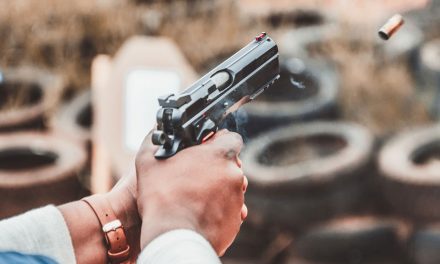