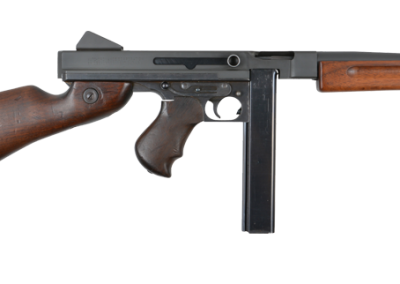 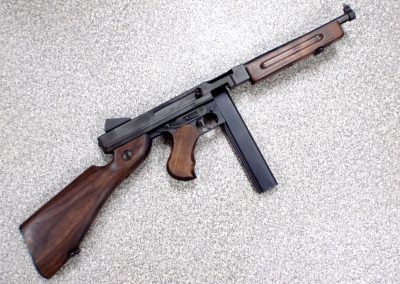 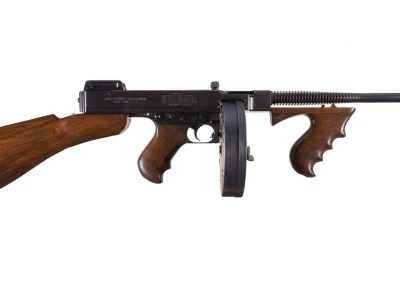 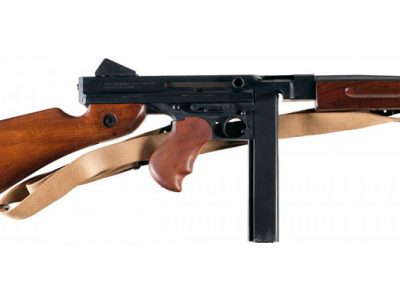 The Thompson Submachine Gun was developed by Gen. John T. Thompson in 1918. Gen. Thompson was assigned to the US Army Ordnance Department during his later years of his career. During this time is when he created a number of different weapons including his famous Submachine Gun.

The Thompson Submachine Gun has been built in a number of different models. There are two distinct versions that people have recognized the most. 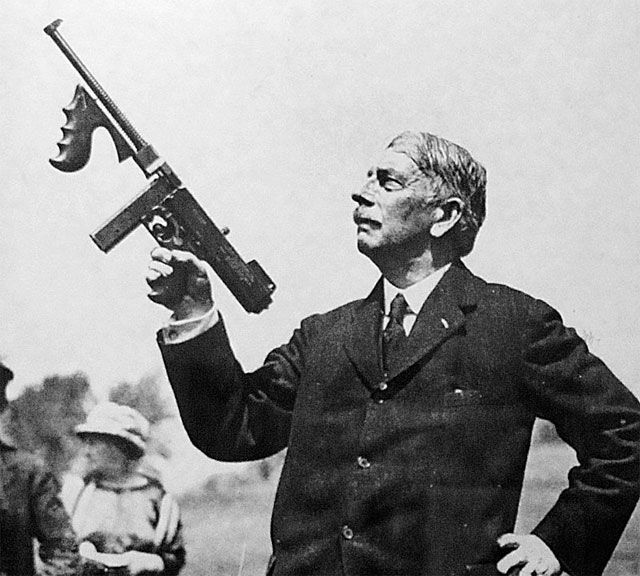 The first most recognized version would be the M1921. This version was popular during the Prohibition Era used by gangsters such as Al Capone. Capone infamously used the Thompson in the St. Valentine’s Day Massacre in 1929 against the rivals in the North Side Gang of Chicago. The M1921’s distinguishing features are the fancy vertical front-grip and the high-capacity drum magazine that held 100 rounds of ammunition.

The next most recognized versions of the Thompson is the M1928 or the M1A1. These versions were produced for the US Military. It saw most of it’s action during World War II and some additional conflicts after that.

The noticeable differences between the M1921 and these two are the front grip and the magazine. Most versions of these new Thompsons had a straight horizontal grip instead of the fancy vertical grip on the M1921. The US Military also had this version switch out the drum magazine for straight 20 – 30 round magazines for ease of transportation and reloading. Now the main differences between the M1928 and the M1A1 is the M1A1 has no cooling fins on the barrels and has a straight blowback action instead of delayed. Also, the charging handle was on the side of the receiver instead of the top.

Even though the M3 was scheduled to replace the Thompson fully, the M3 never really had a chance to. The war ended too soon and many soldiers still preferred the Thompson due to its superior accuracy. By the end of the war, the Thompson out numbered the Grease Gun three to one. From here, The Thompson saw plenty of service in future conflicts.

Most Thompson Submachine Guns today come in the semi-auto variety. Mostly they are more of a showcase weapon rather than actually using it for combat or self-defense. Still, they are a wonderful piece of firearm history and a blast to shoot. Check our tutorial on How to Fire a Thompson today! 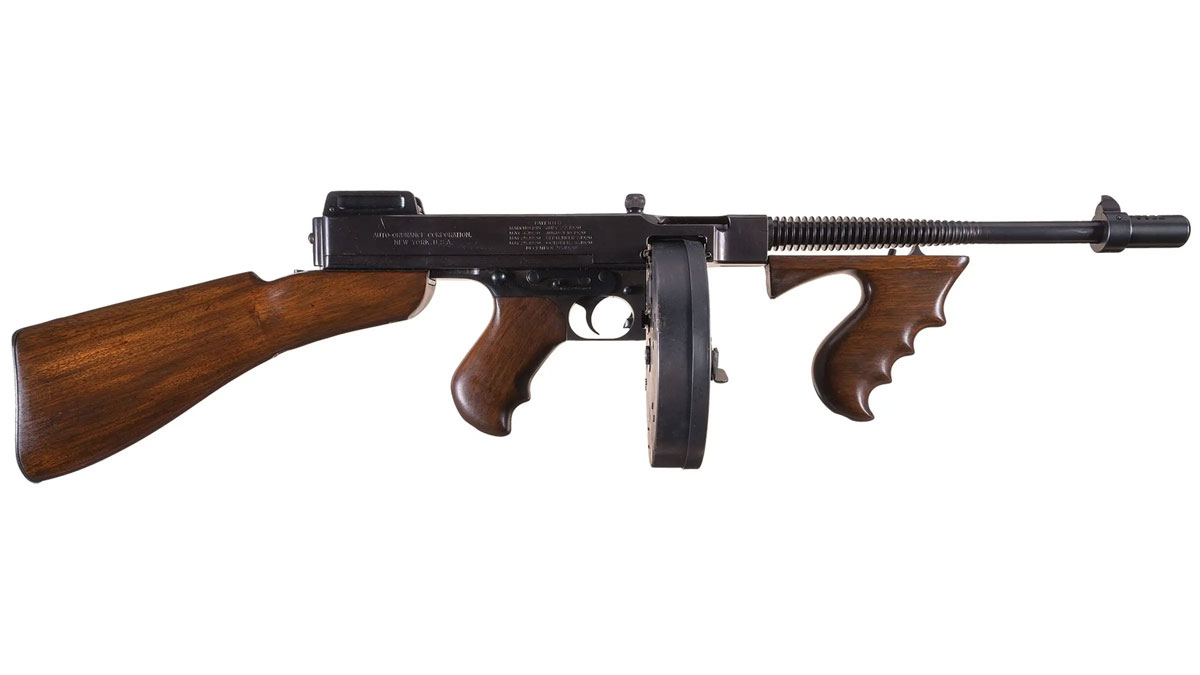 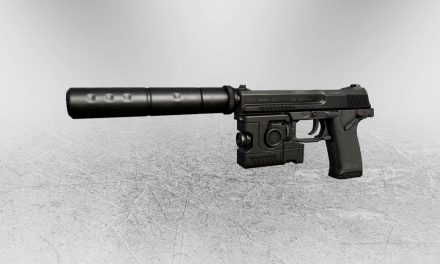 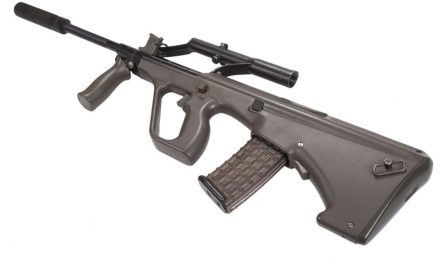 What is a Bullpup Gun? 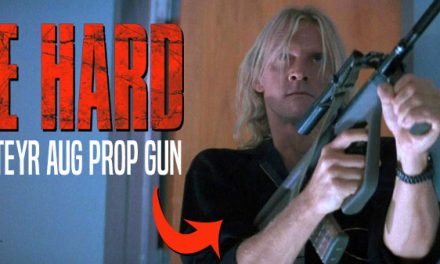 How Prop Guns are Different than Real Guns 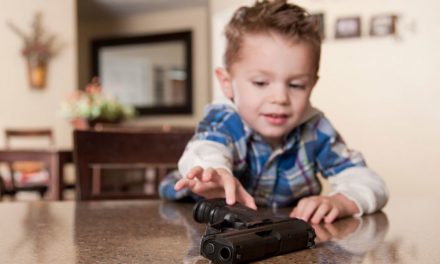